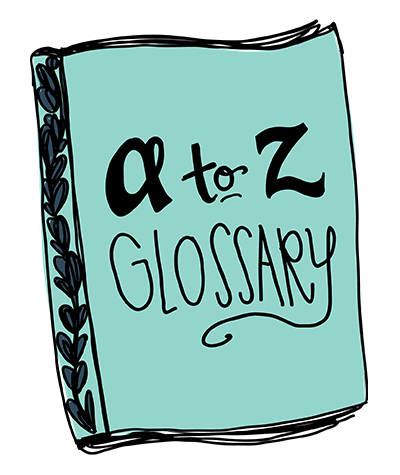 Automatic connection: Refers to the either the irrigation or hose connection to the cistern operated with an automated irrigation controller.

Backflow preventer: A device that stops water in the irrigation system from backing up into the water supply during a sudden loss of pressure. Required by code in one form or another, these devices protect public health and safety by preventing water system contamination and pollution.

Cistern: A receptacle for holding water or other liquid, especially a tank for catching and storing rainwater.

Controller/Timer/Clock: A device used to program days of the week, times of day and number of minutes, to automatically irrigation your landscape according to seasonal weather and plant needs. Controllers communicate with your valves via field wiring.

Downspout: A downspout drains all roof runoff water directly out of the pipe into the rainwater harvesting tank.

Drip irrigation: An irrigation system in which water is applied directly to the root zone of plants by means of applicators (emitters, porous tubing, perforated pipe, etc…) operated under low pressure.

Filter: A device used to screen dirt and debris from the water. Filters are important in low-volume systems because the small emitters can easily become clogged.

Flow: The amount of water, usually measured in gallons per minute or gallons per hour, that can pass through an irrigation system.

First Flush System: A device or length of capped pipe that diverts the dirtiest or foulest first flush of water running off a catchment surface away from a cistern.

Flow meter: A device that measures the amount of water flowing through a pipe.

Gutter: a long hollow device that is attached beneath the edge of a roof to catch and carry rain water off of the building.

GPD: An abbreviation for Gallons per Day as required by landscape plants, and used to formulate irrigation schedules.

Hydrozone: A group of plants with similar water requirements served by one irrigation valve.

Horticulture: The art or practice of garden cultivation and management.

Hose bib: An outdoor water faucet, or shut off valve, that controls the release of water.

Landscape: All the visible features of an area of land, often considered in terms of their aesthetic appeal.

Low-volume irrigation: A type of watering system (drip, bubblers, microspray, soaker hose) in which a precise amount of water is applied directly to the rootzones of plants.

Mainline: Pressurized pipe that runs from the water source to the valve manifold, generally under continuous pressure.

Manifold: A constructed base of PVC pipe consisting of “tees” spaced at specific intervals onto which individual valves are attached.

Runtime: The number of minutes a zone on your irrigation system should run each time you water. Runtimes should be adjusted each month, as well as any time there is significant rainfall.

Schedule: A program or series of programs assigned to the controller that determines the frequency and duration of landscape watering. Schedules should be regularly adjusted according to weather – at least monthly.

Soil types: Types of soil determined by their composition. Soil is made up of sand, silt and clay particles, the percentage of each determines the soil type. Soil type will affect your irrigation design and watering
schedule.

Soaker hose: A garden hose with small pores that allow water to seep into the ground to water roots of plants.

Sprinklers: A device that sprays water and is usually used for watering lawns.

Stormwater: Rainwater once it has landed on a surface.

Sustainable: Pertaining to a system that meets the needs of the present without compromising the ability of future generations to meet their own needs.

Swale: A gently sloping drainage way that moves water slowly downslope across landscape, while simultaneously allowing some of it to infiltrate into the soil.

Valve: A device that opens and closes to allow pressurized water to flow through the pipes.

Valve Box: An underground enclosure that protects the electrical components of valves from moisture and other damage, and provides accessibility for adjustments and repairs.

Water Meter: A measuring device installed and owned by the City that records the amount of water delivered to the property.

Waterwise or Watersmart: A form of water conservation. Making wise or smart choices when it comes to water use. For example, it is the act of using the minimum required water necessary to water a plant, or wash a car.

Well: A human-made hole in the earth from which groundwater is withdrawn.

Xeriscape: Landscaping concept that requires less water for vegetation that is suited to soils and climate.

Yard: A piece of ground adjoining a building or house.

Manual connection: Refers to the either the irrigation or hose connection to the cistern operated manually.

Microclimate: Areas on a property that have slightly different exposures to sun, wind, heat, humidity and precipitation.

Overflow: The planned and stabilized exit route for excess water from a water harvesting tank.

Passive water harvesting: Low point areas in the landscape to contain waters until they can naturally be absorbed into the land.

Pressure regulator: A device that reduces the water pressure in low-volume control zones to a level the system can handle, usually between 15 and 60 pounds per square inch (PSI).

PVC pipe: Is white in color, is commonly used for irrigation mainlines and valve manifolds, and Is more rigid than the black or brown poly pipe.

Rainwater Harvesting: The collection and storage of rainwater (precipitation) for use in our landscapes.

Roof Runoff: Rainwater that flows off of a roof surface.

Dig into our newsletter

Brought to you by: